To share your memory on the wall of Virginia Jennings Nadeau, sign in using one of the following options:

Receive notifications about information and event scheduling for Virginia

Consider providing a gift of comfort for the family of Virginia Jennings Nadeau by sending flowers.

We encourage you to share your most beloved memories of Virginia here, so that the family and other loved ones can always see it. You can upload cherished photographs, or share your favorite stories, and can even comment on those shared by others.

Posted Nov 19, 2020 at 04:38pm
I will remember Virginia for her personal flair and gracious manner. She was unfailing polished and courteous. I also recall that she served as president of the Jackson County Historical Society and remained a big supporter of the organization. She and Richard funded numerous JCHS outings and activities. I remember one particularly nice barbecue on the lawn of the Bingham-Waggoner estate. I was brand new to the society and appreciated that she made a point to mingle and greet all the guests, including me. I also recall attending at least two board meetings at her homes. She was so kind to me over the years. It was a real privilege to know her. Kansas City is a lot less stylish without her! My deepest condolences, Brad Pace

Posted Nov 19, 2020 at 09:10am
During a brief period in 1959 when William Chrisman High School in Independence had the great good fortune to have Virginia Jennings teach classes in studio art, my best friend, Cheryl Spencer, and I were among her students. What an inspiration she was—not because of what she revealed to us about making art, of which I remember almost nothing, but because of the way she was, and the way she treated us.
Tall, elegant, and always soft-spoken, she looked directly into my eyes with a twinkle in her own eyes in a way that made me feel as though we shared a secret: that she could look beyond the uncertain, awkward, uneducated teenager that I was to see someone who was not only worthwhile but bursting with potential. She made me feel as though I might be able to do all sorts of things—possibly because she knew that she herself had, and would.
When I invited her to have lunch with me a few years ago at a restaurant on the Plaza she graciously accepted, and I found that her understated sense of style, her sense of humor, and her keen intelligence were undiminished—making me wish that my home in Philadelphia offered so few opportunities to reconnect. I can only imagine how many young lives she influenced during her teaching career and what a profound impact for good her life has had upon her family and her many friends and colleagues.
Nancy (Saunders) Steele

Posted Nov 10, 2020 at 12:40pm
My memories of Virginia are many and so memorable for me. Of course, the many times spent with both Virginia & Richard...
riotous laughter and heartfelt caring. In addition, having Virginia as my mentor & creative genius in her professional
life has truly been a blessing for me over the decades. Her vision and tireless dedication to helping so many achieve
their dreams for their homes has been a remarkable gift to hundreds & hundreds of people.
We'll all miss Virginia and yet know that her spirit lives on in all of us.
My deepest condolences to her many family members & friends,
Kay Barnes
Comment Share
Share via: 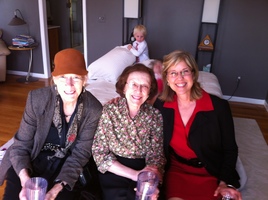 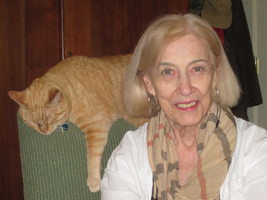