To share your memory on the wall of Tom, sign in using one of the following options:

Provide comfort for the family of Tom with a meaningful gesture of sympathy.

Receive notifications about information and event scheduling for Tom

Print
To be determined

Consider providing a gift of comfort for the family of Tom by sending flowers.

We encourage you to share your most beloved memories of Tom here, so that the family and other loved ones can always see it. You can upload cherished photographs, or share your favorite stories, and can even comment on those shared by others.

Posted Nov 26, 2019 at 11:42pm
As Tom's stepdaughter when he was married to Kathy Gibson (I'm formally Amy Anderson) I send my deepest condolences for his family's loss. I was a child when they married and remember fond memories of him sharing his love of music, camping and boating. He instilled a love of Country and strong patriotism and shall never forget that. It was genuinely a gift which I am proud to have received.
I knew him as Daddy and shall remember him as such. God rest your soul. 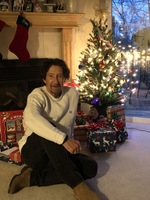