To share your memory on the wall of Stephen Smith, sign in using one of the following options:

Provide comfort for the family of Stephen Smith with a meaningful gesture of sympathy.

Stephen was a fun loving guy who loved spending time with his family and friends. He loved to fix anything he could. All the children in the neighborhood came to Stephen to fix their bikes and his own children thought he could fix any toy, even if it was truly beyond repair. Stephen was the guy that would do anything for anyone. He loved taking his children for rides on his four wheelers and dirt bikes and enjoying life in the outdoors. He will be greatly missed and has left us way too soon.

In lieu of sending flowers we are asking that you donate to the burial fund for Stephen as he did not have any life insurance to cover burial costs. Any donations are greatly appreciated. https://www.gofundme.com/f/stephen-smith-memorial-fund
Read Less

Receive notifications about information and event scheduling for Stephen

Consider providing a gift of comfort for the family of Stephen Smith by sending flowers.

We encourage you to share your most beloved memories of Stephen here, so that the family and other loved ones can always see it. You can upload cherished photographs, or share your favorite stories, and can even comment on those shared by others.

Posted Jul 29, 2019 at 03:39pm
You were something special and you will be dearly missed. You took a piece of my heart with you. I will miss you dearly. I love you Stephen
Comment Share
Share via: 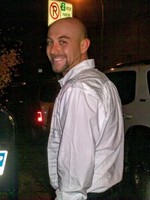