To share your memory on the wall of Shirley Ellis, sign in using one of the following options:

Provide comfort for the family of Shirley Ellis with a meaningful gesture of sympathy.

Shirley was born on July 15, 1933, in Jefferson, SD to Ira and Nellie Garvis. She graduated from the South Dakota School of the Deaf where she also met her beloved husband, Bob L. Ellis, Sr. Shirley retired from Percy Kent Bag Company in Kansas City and she also remained active in the Deaf Community. She was passionate about sewing, quilting and traveling to destinations all over the world.

Due to Shirley’s love of her cat, contributions may be made to a pet rescue of your choice.
Read Less

Receive notifications about information and event scheduling for Shirley

Consider providing a gift of comfort for the family of Shirley Ellis by sending flowers.

We encourage you to share your most beloved memories of Shirley here, so that the family and other loved ones can always see it. You can upload cherished photographs, or share your favorite stories, and can even comment on those shared by others.

Posted Nov 17, 2019 at 08:26am
My heart breaks to hear this! I have many memories with Shirley! She had a heart of gold! I love worshipping with her in church! When I first started college and heard about the Deaf church she went to I was so nervous the first time I visited.....Shirley and Bob welcomed me with open arms and made me feel so comfortable even though my signing was horrible she encouraged me at every turn. When the Deaf church closed and they started coming to my church after Bob died we had awesome times worshipping our Lord and Savior together! I really feel I am the interpreter I am today because of her love and encouragement! I will miss her dearly!
Comment Share
Share via:

Posted Nov 14, 2019 at 07:22pm
I had a lot memories with her during my growing up since I was 6 years old. So so sweetest I ever see. Am glad to call her my aunt. Love her. Am gonna miss her a lot. Praying for her families
Comment Share
Share via: 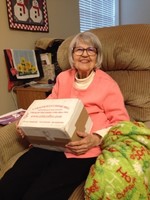 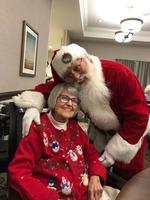