To share your memory on the wall of Ryan Linneman, sign in using one of the following options:

Provide comfort for the family of Ryan Linneman with a meaningful gesture of sympathy.

Consider providing a gift of comfort for the family of Ryan Linneman by sending flowers.

We encourage you to share your most beloved memories of Ryan here, so that the family and other loved ones can always see it. You can upload cherished photographs, or share your favorite stories, and can even comment on those shared by others.

Posted Oct 23, 2019 at 03:46pm
While we have only known your family a short time through Mikaela, I wanted to share our sympathies regarding Ryan's loss. I'm sure he was a fantastic person as echoed in the wonderful tribute written for him. We continue to keep you and your family in our prayers. Eternal rest grant unto him O Lord, and may Perpetual Light shine upon him. May his soul and all the souls of the faithful departed rest in peace.
Comment Share
Share via:

Posted Oct 22, 2019 at 07:50pm
I love my dear sweet nephew bunches. With the namesake of both his father and grandfather's middle names, Ryan lived up to that Earl name. He, like his father and grandfather was such a polite man and gentle man. I remember him toddling around the Linneman house, following his big brother around. Then stowing away in his bedroom building rocket ships (amazing!) and even computers at a young age. He liked to pull back and be alone, it seemed, when times got hard. I watched him from a distance grow from a sweet boy who liked to sit in my lap, to a gentleman of great intelligence and patience as he looked over his family. I love you Ryan Earl Linneman. I will forever miss you. Love, Aunt Judy.
Comment Share
Share via:
PB

Posted Oct 22, 2019 at 01:59pm
We are Erin Glen residents and just want to tell you we are so sorry for your loss. Your family is in our thoughts and prayers. Peggy and Les Baumgardner
Comment Share
Share via: 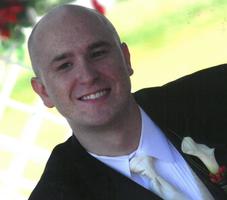