To share your memory on the wall of Ruby Lyman, sign in using one of the following options:

Provide comfort for the family of Ruby Lyman with a meaningful gesture of sympathy.

Ruby was born on September 17, 1927, the daughter of Henry Cleveland and Golda Pearl (McMurtrey) Amos. She grew up in Mountain Grove, MO, and in 1947, she married Bill Hamer – to this union were born three children. In 1962, she relocated to the Independence area, and in 1972 she married Darrell Lyman.
Ruby worked as a deli manager for Jerry’s United Super for 35 years. She was such a good cook and had faithful long-time customers. She would bake a huge batch of bread pudding on Fridays, and it would be sold out in no time. Her family remembers get-togethers and holidays were particularly special, as she would cook Southern food to feed everyone. She was a wonderful mother and the best grandma – she kept toys under her bed so that her grandkids always knew where to find things to play with when they visited her.

She was a master gardener and enjoyed lake trips and driving the RV across the countryside. She loved to dance to country music and play darts. She was a Christian by faith and was also a member of the VFW Ladies Auxiliary #3976. Her passion and zest for life will be remembered as her legacy.

A visitation will be held on Wednesday, Nov. 6, from 1-2pm, with a funeral service to follow at 2pm, both at Speaks Suburban Chapel, 18020 E. 39th St. in Independence. Interment will follow in Oak Ridge Memory Gardens.

Contributions may be made in Ruby’s memory to Good Shepherd Hospice.

Consider providing a gift of comfort for the family of Ruby Lyman by sending flowers.

We encourage you to share your most beloved memories of Ruby here, so that the family and other loved ones can always see it. You can upload cherished photographs, or share your favorite stories, and can even comment on those shared by others.

Posted Nov 07, 2019 at 04:44pm
We were heartbroken to read that Ruby had passed away. Ruby was a wonderful neighbor (on Main) and friend. We enjoyed the benefits of Ruby’s gardening and cooking. Ruby, Kera and Mom all shared September Birthdays. Ruby loved to decorate for each Holiday. Handing Halloween Candy out generously! She was a fan of rodeo and a fan of Brian’s second cousin, Dusty LaBeth. Ruby loved to watch a good movie on TV or just visit in the living room whenever we had time. Always sharing updates on her family. She loved to share pictures of her grandchildren. Ruby loved cooking, serving her church, visiting on the porch, gardening, keeping up with the neighborhood news. So many memories to share over the years. Dad passed in 2015. Brian, Kera and I moved in with Mom until our handicap home was built. Mom has had a steady trip to the Hospital and rehabilitation ever since. She would have loved to have been able to attend the funeral. She has a broken vertebrae, fractured shoulder from osteoporosis, four blocked arteries, heart valves that are deteriorating, and four types of heart disease. She is 89-years-old now. Kera is recovering from Thyroid Cancer Surgery. Brian is at work awaiting surgery on his brain, inner ear and spinal column as well as a second knee surgery. I was able to come and shared everything when I came home! Our prayers are with you always! Mom’s cell is 816-797-0516 and mine is 816-797-0966. Sincerely, Catherine Freytag, Brian, Gwendolyn and Kera Zumalt
Comment Share
Share via: 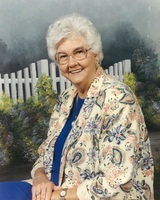