To share your memory on the wall of Robert Perry, sign in using one of the following options:

Robert was born on November 6, 1951, in Augusta, Georgia to Jack and Vivian Perry.

He was a machine operator for Raytown Public Works for over a decade, then transf... Read More
Robert Floyd Perry, 69, passed away on December 11, 2020.

Robert was born on November 6, 1951, in Augusta, Georgia to Jack and Vivian Perry.

He was a machine operator for Raytown Public Works for over a decade, then transferred his position to the city of Leawood. He was employed there for 20 years before retiring.

Robert married Lynda Smith on May 16, 1974 and to this union were born two sons, Sean and Mark. Family was his highest priority, and he loved being a dad and a grandpa.

Robert was a strong worker and a man of few words who appreciated the simple things in life. He enjoyed listening to the music of his generation – classic rock! – and building model airplanes.

He is survived by his wife Lynda; sons Sean and Mark; and grandchildren Javen, Caliber Jaxsun Kyle, and one on the way; and brother Jack Perry (wife Sharon) and their son Brian.

He was preceded in death by his parents Jack and Vivian, and a sister Ruth Ann.

A visitation will be held on Friday, December 18, 2020, from 1-2pm, at Carson-Speaks Chapel, 1501 W. Lexington Ave., Independence, MO. A private graveside service will take place in Mount Olivet Cemetery.

Receive notifications about information and event scheduling for Robert

Consider providing a gift of comfort for the family of Robert Perry by sending flowers.

We encourage you to share your most beloved memories of Robert here, so that the family and other loved ones can always see it. You can upload cherished photographs, or share your favorite stories, and can even comment on those shared by others. 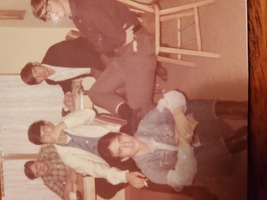 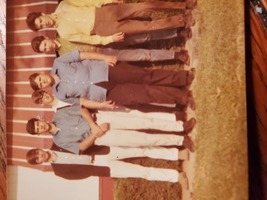