To share your memory on the wall of Ralph Beeler, sign in using one of the following options:

Ralph is survived by his wife of the home, Shirley Jean Beeler; sons, Michael and Ricky Beeler and sister-in-law, Karen Templeton. He was preceded in death by his parents Dorsey and Ethel Beeler. A graveside service was/will be held on Friday November 27, at 2:00 p.m. at Mount Washington Cemetery in Independence, MO. Online condolences may be expressed to the family at www.speakschapel.com (Arrangements: Carson-Speaks Chapel (816) 252-7900)
Read Less

Receive notifications about information and event scheduling for Ralph

Consider providing a gift of comfort for the family of Ralph Beeler by sending flowers.

We encourage you to share your most beloved memories of Ralph here, so that the family and other loved ones can always see it. You can upload cherished photographs, or share your favorite stories, and can even comment on those shared by others. 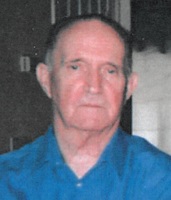