To share your memory on the wall of Paul Wilson, sign in using one of the following options:

Provide comfort for the family of Paul Wilson with a meaningful gesture of sympathy.

Receive notifications about information and event scheduling for Paul

Donations are being accepted for:
VFW Post #3976 Wayside Waifs

Consider providing a gift of comfort for the family of Paul Wilson by sending flowers.

We encourage you to share your most beloved memories of Paul here, so that the family and other loved ones can always see it. You can upload cherished photographs, or share your favorite stories, and can even comment on those shared by others.

Posted Aug 01, 2019 at 10:46pm
Todd Bartholow,
Paul gave me my first real job at age 15 fueling trucks and doing oil changes on equipment, in later years would run into Paul at auction he always had a smile on his face and time to talk. Will keep the family in our prays.
Comment Share
Share via:
JS

Posted Jul 31, 2019 at 09:06pm
My condolences to the family, especially Rick and Larry. Paul gave me an opportunity to work and learn the trade under Rick and Larry. It was a pleasure working with you guys, take care.
Jerry Sharp
Comment Share
Share via:
KS

Posted Jul 31, 2019 at 08:55am
Mr. Wilson was one of the nicest, kindest men around. He was very kind and helpful to me when my father passed away. He will be missed. Praying for your family to have peace and comfort. Greg and Kim Sloan
Comment Share
Share via:
MP

Posted Jul 29, 2019 at 06:11pm
Words are always hard to find at a time such as this, but we want you to know how much we thought of Paul. He was a good man & he will be missed very much. You are all in our prayers.
Comment Share
Share via:
DP

I worked for Wil-Pav Inc. for almost 10 years. I absolutely loved when Paul would put on his boots and come out in the field to work! Days that he didn't, he would still come by say hello and usually leave with something funny to laugh about! Paul had a smile that will sure be missed by many. 🙏Prayers for all! Condolences from The Payne Family 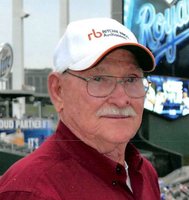