To share your memory on the wall of Mildred Fields, sign in using one of the following options:

Provide comfort for the family of Mildred Fields with a meaningful gesture of sympathy.

Print
Mildred L. Fields passed away on November 21, 2019, just two and a half weeks before her 100th birthday.

Mildred was born on Dec. 8, 1919, in Braymer, MO, the only daughter of William Ernest Lukens and Allie Catherine (Pence) Lukens. Sh... Read More
Mildred L. Fields passed away on November 21, 2019, just two and a half weeks before her 100th birthday.

Mildred was born on Dec. 8, 1919, in Braymer, MO, the only daughter of William Ernest Lukens and Allie Catherine (Pence) Lukens. She was raised on a farm, where her family grew crops and later raised cattle. She was always proud that she could buck haybales just as well as her brothers. She married Wilford A. “Jack” Fields, Jr. and to this union were born six children. She was a proud homemaker who was passionate about her garden. Even after she and the family moved to the Independence area, she held strong to her agricultural roots by growing vegetables, fruit trees, and flowers in her yard. She also raised canaries and quail.

Mildred was a woman of faith – she was a member of Maywood Baptist (and involved in their WMU chapter), a founding member of Trinity Baptist, and a member of Carlisle Baptist – and she held some type of office in all three churches. She liked being at home most of the time, but she was able to visit the Mississippi Gulf on her 40th anniversary and took several trips to the lake and to Silver Dollar City.

Mildred will be remembered for being a doer, and knew how to stretch a dollar. She loved hosting every holiday function because it meant she could gather her family around her. She was so proud of her three generations of grandchildren and will be dearly missed.

A visitation will be held on Sunday, Nov. 24 from 5-7pm, at Carson-Speaks Chapel, 1501 W. Lexington Ave., Independence, with funeral at 10am Monday at the chapel. She will be laid to rest next to her husband in Evergreen Cemetery in Braymer, MO.

The family suggests contributions be made to Alzheimer’s Association in her honor.

Receive notifications about information and event scheduling for Mildred

Donations are being accepted for: Alzheimer's Association.

Consider providing a gift of comfort for the family of Mildred Fields by sending flowers.

We encourage you to share your most beloved memories of Mildred here, so that the family and other loved ones can always see it. You can upload cherished photographs, or share your favorite stories, and can even comment on those shared by others. 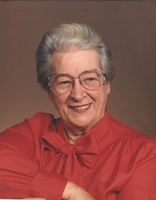