To share your memory on the wall of Michael Barber, sign in using one of the following options:

Provide comfort for the family of Michael Barber with a meaningful gesture of sympathy.

Consider providing a gift of comfort for the family of Michael Barber by sending flowers.

We encourage you to share your most beloved memories of Michael here, so that the family and other loved ones can always see it. You can upload cherished photographs, or share your favorite stories, and can even comment on those shared by others.

Posted Oct 31, 2019 at 11:15am
As children Mike, Joyce and I hung out at the bowling alley while our parents were bowling. Later he bowled on a men’s league with my Dad and husband. He was a great bowler and a great friend to all who met him. Last I spoke with him through Facebook was when my Dad passed. He wanted to explain why he wouldn’t be able to attend the service but wanted us to know we were in his thoughts. To his family, you are in our thoughts and prayers as you say goodbye to an awesome man. Kim Cowick-Epp
Comment Share
Share via:
DW

Posted Oct 31, 2019 at 09:21am
I grew up on Hardy, in the neighborhood near Mike and I remember him hanging out with all of us playing basketball, foosball, pool and pingpong at John White's house with John, Tom Schwartz, David Clark, Jim Cook, Becky Mauk, Dennis Ball, Mike Fullerton and more. Sometimes piling in cars to go to Lake Jacomo. Fun times and great memories with friends. My condolences to his family.
Dena (Wood) Ward
Comment Share
Share via:
BL

Posted Oct 30, 2019 at 11:26pm
I am so sorry to hear the loss of such a great guy! Met Michael Dean through bowling. We bowled together at Maywood, Diamond and Blue Springs. I remember the time when Bill Terry, Mike and myself went and watched the pro bowlers at old King Louie West. Not only was Mike a good bowler he was a great police officer and friend. I am sure when we lived in Independence and if I was outside he would stop and chat, I always wondered what the neighbors thought! RIP Mike and say hello to Jay and Laila!

Posted Oct 30, 2019 at 09:24pm
I sat behind him in nearly every class we had together. from elementary to high school. I could never cheat off him tho, he covered his paper..lol. RIP MIKE. I will always think of you and smile. you will be missed.
Comment Share
Share via: 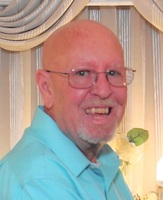