To share your memory on the wall of Marlene Otis, sign in using one of the following options:

Marlene was born on June 26, 1932 in Lynn, Massachusetts, the daughter of John Allix and Margaret Louise Hutchinson Allix. She attended the local schools a... Read More
Marlene Mary Otis, 88, passed away in Kansas City, Missouri on November 19, 2020.

Marlene was born on June 26, 1932 in Lynn, Massachusetts, the daughter of John Allix and Margaret Louise Hutchinson Allix. She attended the local schools and played with her older sister Corrine and a neighbor boy named Gordon. Gordon and Marlene were inseparable from the get-go, and they married on May 22, 1955. To their union were born two daughters.

Gordon served in the United States Air Force and was stationed in the states and overseas, and Marlene and the girls faithfully followed him. They moved from England to Kansas City in 1974, where they remained for the rest of their lives. Along with being a loyal wife, loving mother, and diligent homemaker, she worked as a housekeeper in various nursing facilities. In fact, she received a plaque in recognition for over 30 years of service, and she did not retire until she was in her 70s.

In her free time, she enjoyed word search puzzles, reading romance novels, and playing poker games or the slot machine on her handheld gaming console. She looked forward to yearly trips with her daughters to their timeshare in Branson, where she would see the occasional show or go out on a picnic. Her true idea of a good time was to sit in her chair and watch The Weather Channel so that she could keep an eye on the weather patterns for her family across the country – if there was something inclement coming, she would call her relatives immediately, so they could prepare. She had so much love and devotion for her family, and she will be dearly missed by so many.

She was preceded in death by her husband Gordon; her great-grandson Dakota; and sister Corrine Hart.

A visitation will be held on Monday, November 30, 2020, from 6:00-8:00 p.m., with funeral service on Tuesday, December 1, at 10:00 a.m., both at Carson-Speaks Chapel, 1501 W. Lexington Avenue, Independence. She will be laid to rest in Leavenworth National Cemetery following the service.

In her honor, the family suggests contributions to the Humane Society or to Wounded Warrior Project.

Receive notifications about information and event scheduling for Marlene

Donations are being accepted for:
Humane Society of Greater K.C. Wounded Warrior Project

Consider providing a gift of comfort for the family of Marlene Otis by sending flowers.

We encourage you to share your most beloved memories of Marlene here, so that the family and other loved ones can always see it. You can upload cherished photographs, or share your favorite stories, and can even comment on those shared by others. 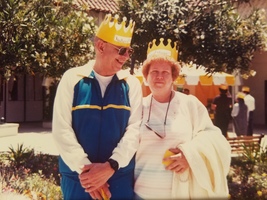 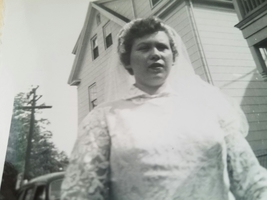 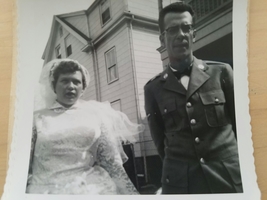