To share your memory on the wall of Marilyn Kettlewell, sign in using one of the following options:

Provide comfort for the family of Marilyn Kettlewell with a meaningful gesture of sympathy.

Receive notifications about information and event scheduling for Marilyn

Consider providing a gift of comfort for the family of Marilyn Kettlewell by sending flowers.

We encourage you to share your most beloved memories of Marilyn here, so that the family and other loved ones can always see it. You can upload cherished photographs, or share your favorite stories, and can even comment on those shared by others.

Posted Nov 20, 2019 at 11:09pm
Sending loving thoughts to my cousins in your time of sorrow. Aunt Marilyn always had time for a conversation, and her sensitivity made her so special. May God bless all of you with comfort and peace at this time. Wendy Wismer Douglas, London, Ontario.
Comment Share
Share via:
S

Posted Nov 20, 2019 at 06:42am
Sorry to hear of Marilyn's passing. Our prayers and best wishes are with your family in this time of loss.
Don & Judy Shaw, Amherstburg
Comment Share
Share via:
TG

Posted Nov 19, 2019 at 07:21pm
Loving and missing a wonderful aunt who took me under her wing and opened her home to me numerous times.
I know you have now been healed and welcomed into the loving arms of Jesus Christ.
May you sing with the choirs of heaven .
Twyla Glassford (Jones)
Comment Share
Share via: 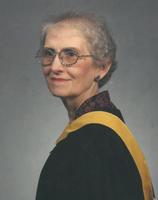