To share your memory on the wall of Lois Doerr, sign in using one of the following options:

Provide comfort for the family of Lois Doerr with a meaningful gesture of sympathy.

Receive notifications about information and event scheduling for Lois

Consider providing a gift of comfort for the family of Lois Doerr by sending flowers.

We encourage you to share your most beloved memories of Lois here, so that the family and other loved ones can always see it. You can upload cherished photographs, or share your favorite stories, and can even comment on those shared by others.

Posted Jul 27, 2019 at 03:43am
I worked for a number of years with Lois at Family Services in the Claims Department. I always enjoyed her good common sense and her sense of humor. I missed her when she retired and always enjoyed hearing from her by mail or facebook. I know she will leave a hole in the family and you will miss her very much.
Mary White
Comment Share
Share via:
CS

Posted Jul 23, 2019 at 01:04pm
Known Lois and the kids over 40 years as neighbors across the street from each other. She will be so very missed!
Comment Share
Share via:

Posted Jul 22, 2019 at 09:20pm
My life has always been intertwined with the Doerr's. Family of choice if not by blood. Love you all and pray for your comfort.
Comment Share
Share via: 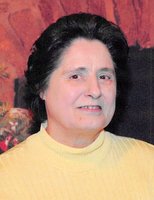