To share your memory on the wall of Larry McQueen, sign in using one of the following options:

Provide comfort for the family of Larry McQueen with a meaningful gesture of sympathy.

Receive notifications about information and event scheduling for Larry

Consider providing a gift of comfort for the family of Larry McQueen by sending flowers.

We encourage you to share your most beloved memories of Larry here, so that the family and other loved ones can always see it. You can upload cherished photographs, or share your favorite stories, and can even comment on those shared by others.

Posted Jul 28, 2019 at 11:06pm
I am so sorry for your loss. I met Larry a few years ago. He cleaned carpets for me at the apartments end where I work. He was such a happy funny person. He always had a smile on his face. He would tell us all about his girls. I would tell him good luck being in a house with 4 females as I’m in a house with 4 males. He was so excited when Layla was born. So proud of his family. God bless you all. You are in my prayers. He will be missed.
Comment Share
Share via: 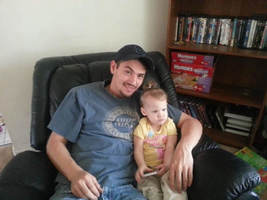