To share your memory on the wall of Kevin Saylor, sign in using one of the following options:

Provide comfort for the family of Kevin Saylor with a meaningful gesture of sympathy.

Receive notifications about information and event scheduling for Kevin

Donations are being accepted for: Church of the Four Corners.

Consider providing a gift of comfort for the family of Kevin Saylor by sending flowers.

We encourage you to share your most beloved memories of Kevin here, so that the family and other loved ones can always see it. You can upload cherished photographs, or share your favorite stories, and can even comment on those shared by others.

Posted Jul 28, 2019 at 06:09pm
I remember being at a concert with our youth group. Melissa and I acting goofy but having a fun time. Like we always do. Melissa looks over and sees Kevin looking all cool with his mullet and mustache sitting an aisle away. She works up the nerve to go sit next to him and talk. It only lasted a few minutes. Melissa came back so nervous and felt like a dorky kid talking to him. But what a I saw was a guy smiling big and eyes focused in on that girl. Their love story is one we all should strive to have. Melissa will say he was perfect for her. But she was perfect for Kevin as well. One of God’s masterpieces in life.
Comment Share
Share via:

Posted Jul 26, 2019 at 06:15pm
Sending our sincere condolences to the family. Was so sorry to hear about your loss. Jack and I are saying prayers for family and friends, but especially his wife and two sons. God be with you all . Sending our love to you all.
Comment Share
Share via: 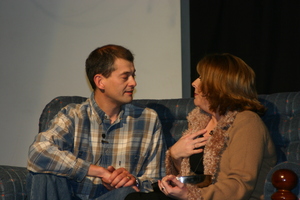