To share your memory on the wall of June Holland, sign in using one of the following options:

June was such an ornery, bubbly, fierce and strong-willed woman who didn’t sugarcoat anything and always spoke her mind. She loved gambling at the boat and playing bingo. She also enjoyed fishing at any lake and loved morel mushroom hunting every year behind the Twin Drive-In in Independence Missouri. June was known to so many as “Miss June,” “Juner,” “June Bug” and “Grandma.” This month, she won “Queen of July” at the Redwood Nursing Facility of Independence and she will be dearly missed by the many friends she made there, as well as her caregiver, Brandi.

The family would like to give a special thank you to Crossroads Hospice care and to June’s main nurse Cindy, for taking exceptional care of June. The family will be having a private service to honor June.

In her honor, contributions are suggested to Crossroads Hospice.

Online condolences may be expressed to the family at www.speakschapel.com (Arrangements: Carson-Speaks 816-252-7900)
Read Less

Receive notifications about information and event scheduling for June

Consider providing a gift of comfort for the family of June Holland by sending flowers.

We encourage you to share your most beloved memories of June here, so that the family and other loved ones can always see it. You can upload cherished photographs, or share your favorite stories, and can even comment on those shared by others.

Posted Jul 17, 2020 at 10:25am
Mary and Vanessa, I am so sorry for the loss of your mother. I feel blessed to have seen her a couple of times these past months since it had been years since our days in Kentucky Hills. My thoughts are with you and your family. Mary...anything you need please let me know. Tracey
Comment Share
Share via: 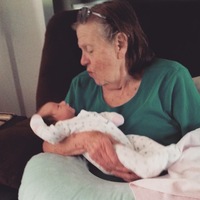 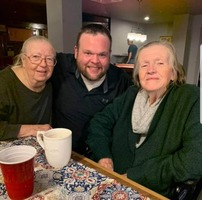