To share your memory on the wall of Jon Geier, sign in using one of the following options:

Print
Jon Robert Geier, of Independence, MO, a servant of Christ, a husband, dad, Poppy, son, brother, and friend to all entered into Heaven on Saturday, October 10, 2020. Jon was 55.

Jon entered this world on June 3, 1965 in Madison, WI, the son of Wendell (Spike) Keith Geier and Sharon Ruth (Davies) Geier-Leikness. He moved to Independence in the summer of 1976. In 1977, Jon was baptized into the body of Christ. As a child, Jon enjoyed all outdoor sports. Jon thrived on the wrestling mat and made it to the Missouri State Championship two years in a row in High School.

Jon graduated from Truman High School in 1983. While he was a sophomore in high school, Jon met Carrie (Hedrick) and Jon was hooked, line and sinker, to Carrie from that day on. Jon married his Sweetpea, Carrie, on Valentine’s Day, 1987. Jon and Carrie planted roots in Independence and started a family. In 1990, Jon and Carrie welcomed their first son Noah into the world. Four years later, in 1994, Curtis was born.

Jon provided for his family by learning the trade of automotive refinisher. Jon was known around the Kansas City Metropolitan Area for his “perfectionist” mentality and skill in automotive refinishing. Jon loved what he did and worked in this trade for 30 years, until the day of his passing. In 2013, Jon’s life changed forever when he became a Poppy with the birth of his first grandson, Jaxon, and was followed by Sawyer (2015) and Cooper (2018). Jon was stuck to his grandsons. He loved spending every minute he could with Jack Jack Spaddlywhack, Pumpkin Butt, and Trooper Cooper. Jon’s favorite hobbies were hunting, fishing, photography, and barbequing in the backyard. Jon was immensely proud of “Hickory Hollow” his backyard oasis, where he loved to cook and entertain.

There will be a visitation on Saturday, October 17, 2020 at 1pm at the Yellow Rock Barn; 8307 Westridge Road, Kansas City, MO 64138. Followed by a Happy, Happy, Happy Birthday Celebration where dinner will be provided to everyone attending.

In lieu of flowers, contributions can be made in Jon’s honor to the Dream Factory of Kansas City c/o Donations; PO Box 26185, Overland Park, KS 66225. www.kcdream.org/donate

Online condolences may be expressed to the family at www.speakschapel.com

Receive notifications about information and event scheduling for Jon

Donations are being accepted for: Dream Factory of Kansas City.

Consider providing a gift of comfort for the family of Jon Geier by sending flowers.

We encourage you to share your most beloved memories of Jon here, so that the family and other loved ones can always see it. You can upload cherished photographs, or share your favorite stories, and can even comment on those shared by others.

Posted Oct 17, 2020 at 10:25am
Working with Carrie, I had few chances to interact with Jon. At a Christmas gathering last year, we had a brief interaction. It was enough time to know him as a man with a kind heart, a passion for his trade, and a love for his family. I left the conversation knowing him to be someone I would like to speak with again. I look forward to learning more about you Jon, from Carrie. Rest in the arms of our Lord and my condolences to your family as they grieve your loss. Phil Spitznagle
Comment Share
Share via:
RO

Posted Oct 17, 2020 at 09:45am
Hello Geier Family, I am s sorry for your loss, thoughts and prayers are with you during this time. Jon was a great person. I worked with him during his days at Bierwirth/ Keystone. What a great guy! He will be missed.
Comment Share
Share via:
ML

Posted Oct 16, 2020 at 01:51pm
So sorry to hear of Jon's passing. I am a childhood friend of his sister Amy when they lived in Madison Wi. We were neighbors. I remember Jon as Jonny. He was a sweet boy. Sounds like he became a great man. Thoughts and prayers to his whole family❤.
Comment Share
Share via:
BD

Posted Oct 14, 2020 at 02:32pm
Jon Geier family,
Bob and I send our condolences to Jon's family. Bob worked with Jon at Keystone Chrysler. He will be remembered as one heck of a painter as well as a great coworker.Rest in peace my friend.
Comment Share
Share via:
TW

Posted Oct 13, 2020 at 11:19pm
I am so sorry to here this. I lived across the road from Jon's parents off Logan Road. I ran into Jon a little over a year ago when he came down to look at our property we were selling off Noland road. I really enjoyed getting the chance to visit with him, and share some old memories of my dad. My condolences to the family, and friends.
Comment Share
Share via: 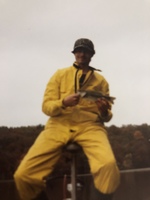 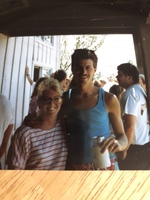 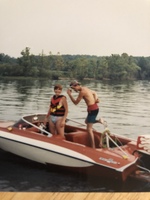