To share your memory on the wall of Jon Bagley, sign in using one of the following options:

Receive notifications about information and event scheduling for Jon

Consider providing a gift of comfort for the family of Jon Bagley by sending flowers.

We encourage you to share your most beloved memories of Jon here, so that the family and other loved ones can always see it. You can upload cherished photographs, or share your favorite stories, and can even comment on those shared by others.

Posted Apr 08, 2021 at 12:48pm
Here is a typical Jon story. We were out shopping and walked into JC Penney’s on a Saturday. They were handing out coupons to the first 100 shoppers in the store. We each received one. We went our own ways to look at items we might buy. Jon ran into someone he knew and chatted with them.
Jon and I met back up, neither of us found anything to buy. Jon told me about his friend he saw and ran back through the store to find her and give her his coupon. He said they were expecting a baby and might need help buying baby things.
Jon was a generous, kind, sweet friend. As I’ve said before, he collected friends like some of us collect things. I think Jon was all the more richer for his collection.
Comment Share
Share via:
KG

Posted Apr 07, 2021 at 09:46pm
Jon was my first friend at Jazzercise in Independence. It didn't take long to realize we were neighbors and I began giving him rides when we were going the same direction. He danced with exuberance, a "whoo hoo" and tic tacs in his pocket. I love that he insisted I tie bells on my shoes at Christmas-time. He was a bright spot in many of my days. He is gone too soon and the world is lesser for it. Sending my deepest condolences and sincerest prayers to his family. May you find comfort knowing how much joy he brought to so many of us. His was a well-lived life.
Comment Share
Share via:
ES

Posted Apr 05, 2021 at 11:52am
I met Jon about 10 years ago through a mutual friend, had some fun times at Funkytown, and eventually Jazzercise when you joined. Always had a smile on your face, will miss seeing you at Jazzercise and every time I go to Price Chopper!! You will be missed by so many!!

Posted Apr 05, 2021 at 07:11am
We knew Jon from Jazzercise. Jon was full of joy. We have many good memories of his birthday outings and the big smile on his face when everyone gathered for his birthday. We are so sorry he is gone, far too soon. Jon will be missed by many.
Comment Share
Share via:
KV

You will be missed. You touched alot of people in your short 44 years. Glad you crossed my path. I hope myself & rescue friends find Sky a loving home. 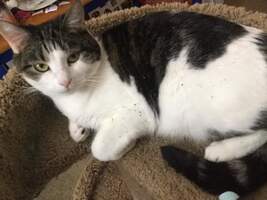 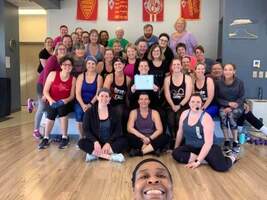 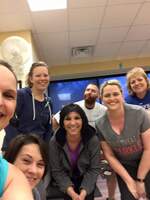