To share your memory on the wall of John Vickers, sign in using one of the following options:

Print
J.B. Vickers, 77, of Independence, MO passed away September 2, 2019. Visitation will be 9-10:30 am Saturday, September 7, 2019 at Speaks Suburban Chapel. Funeral services will follow at 10:30 am at the chapel. J.B. will be laid to rest in the Engl... Read More
J.B. Vickers, 77, of Independence, MO passed away September 2, 2019. Visitation will be 9-10:30 am Saturday, September 7, 2019 at Speaks Suburban Chapel. Funeral services will follow at 10:30 am at the chapel. J.B. will be laid to rest in the Englewood Cemetery, Clinton, MO. J.B. (John Benjamin) Vickers was born at home to Ralph D. and Ella Mitchell Vickers on October 28, 1941, in Deepwater, Missouri. After a courageous battle, he passed peacefully on September 2, 2019, in the presence of family at his Independence home. The youngest of 7 children, J.B. was an
attentive son and brother. He excelled at basketball at Deepwater High School, where he played center for the Demons. J.B. met the love of his life and future wife, Delores Ann Horn, while in 8th grade. They remained devoted to each other through 55 years of marriage. Upon graduating from
Deepwater High School in 1959, J.B. received a full-ride scholarship to play basketball at Southeastern Louisiana State University in Hammond, Louisiana. In 1963 he earned a Bachelor’s Degree in Finance and Business Administration. J.B. and Delores were blessed with 3 wonderful children and 10 grandchildren. After graduating from SLSU, J.B. worked for the Missouri State Highway Department, District 4, from 1963-1972, where he ultimately served as Chief Negotiator responsible for acquiring the right of way necessary for a broad range of highway construction projects. J.B. worked for Independence firm Russell & Associates from 1972-1983 as a Real Estate Appraiser and Realtor. In 1984, J.B. began work for Sprint Nextel Corporation in Overland Park, Kansas. At Sprint, J.B. applied his expert negotiating and appraisal skills as a Manager of Tax. He contributed to analyzing and aligning business plans,
mergers and acquisitions, and accounting strategies. He loved negotiating, his work, and the many professional relationships he developed. In retirement, J.B. owned and operated the J.B. Vickers Company. He held a number of professional licenses: Real Estate Broker in Missouri and Kansas, Missouri State Certified
General Real Estate Appraiser, Producer License - Missouri Department of Insurance, and General Property Appraiser - Kansas. J.B. also enjoyed participation in a number of professional and religious organizations: International Association of Assessing Officers, KCRAR, Missouri Association of
Realtors, National Association of Realtors, Christian Businessmen’s Connection, and Gideons International. He and Delores were members at Maywood Baptist Church in Independence. J.B. was also devoted to sharing his Christian faith. He and Delores participated in “Five Day Clubs” after school
programs at Fairmount Elementary School for several years, ministering to countless children. J.B. poured his life and love into his children and grandchildren. J.B. is survived by his wife, Delores Vickers, and 3 children: John Vickers and wife Stephanie of
Independence; Susan VanGulick and husband Dale of Bailey, Colorado; and David Vickers and wife Jean Ann of Leawood, Kansas. He is also survived by 9 grandchildren: Sophia, Isaac, Lydia and Samuel Vickers of Independence, MO; Matt VanGulick and partner Calieb Produit of Salt Lake City, UT; Steven VanGulick of Menomonie, Wisconsin; U.S. Army Sergeant Jeff VanGulick and wife Dominique of Colorado Springs, CO; U.S. Air Force Special Agent Emma Vickers of Boston, MA; and Charlotte Vickers of Leawood, KS. Also surviving is his sister, Lois Vickers, of Independence, MO, and brother Paul Vickers of Springfield, MO, along with many cherished nieces and nephews. J.B. was preceded in death by his parents Ralph and Ella
Vickers, brothers Robert Lee and Ralph W. Vickers, sisters Helen Adcock and Lillian Martin, and his beloved grandson, Harry VanGulick .In lieu of flowers, the family suggests donations to Child Evangelism Fellowship of the Greater Kansas City Area or Maywood Baptist Church. Online condolences may be expressed at www.speakschapel.com
(Arrangements: Speaks Suburban Chapel 816-373-3600)
Read Less

Receive notifications about information and event scheduling for John

Consider providing a gift of comfort for the family of John Vickers by sending flowers.

Posted Sep 10, 2019 at 12:01pm
J B was a good man and friend I first met him when he was with Maurice Russell and he was always very professional. I'm sure he will missed my all that knew him.
Comment Share
Share via:
YL

Posted Sep 06, 2019 at 12:24pm
Nineteen years ago, JB hired me and got me start my property tax career. He tucked me under his wing and taught me a lot of stuff that I would never learn from the books. His strong faith in Christ always encourages me and reminds me what is the true purpose of life. I will keep his family in my prayers. I truly believe he is in a much better place now. Proverbs 12:28 "In the way of righteousness there is life; along that path is immortality."

Posted Sep 06, 2019 at 08:31am
To the family, I send you my condolences. I’m a realtor and acquaintance of John and was truly saddened to hear of his death. Please take comfort in knowing others are praying for your family and look to the Bible’s promise at John 5:25 and John 5:28,29. May you have peace in the days ahead.
Comment Share
Share via:
TA

The Georgia Abernathys and Algoods purchased the The FTD Loving Light Dishgarden for the family of John Vickers. Send Flowers 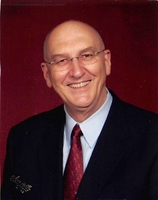