To share your memory on the wall of John Boyd, sign in using one of the following options:

Provide comfort for the family of John Boyd with a meaningful gesture of sympathy.

The family requests that in lieu of flowers, donations may be made to St Jude Children’s Cancer Center at https://giftfunds.stjude.org/jjboyd or by mail at 501 St Jude Place, Memphis, TN 38105 (include ID #6070919).

John was born September 3, 1937, in Marshall, MO to John and Pearl (Judd) Boyd. He enlisted in the United States Navy in 1955 and served as an electrician third-class on the USS Roanoke CL-145 for 3 years, making three tours of the Western Pacific. On June 24th, 1967, he married Phyllis Jacqueline Nave, of Independence, MO. They had three children, John J. Boyd II, James Boyd, and Shawna (Boyd) Ferguson.

He was a long-standing member of the International Brotherhood of Electrical Workers Local 124, retiring from electrical work in 2000. He enjoyed traveling and after retirement took road trips to destinations around the US. John was an avid lifelong hunter and fisherman, and often spent time at his campsite near Warsaw, MO.

He was preceded in death by his parents and older sister, Katherine (Boyd) Davis. He is survived by his wife of 52 years, Phyllis (Nave) Boyd of Blue Springs, MO; son John Boyd II and grandchildren Bobby and Lucas, son James Boyd and wife Patricia Boyd; daughter Shawna (Boyd) Ferguson and husband Justin Ferguson and grandchildren Ian and Leah; and numerous cousins, nieces, and nephews.
Read Less

Receive notifications about information and event scheduling for John

Consider providing a gift of comfort for the family of John Boyd by sending flowers. 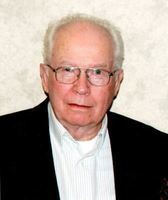 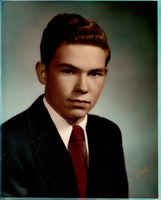