To share your memory on the wall of Jean Lauderdale, sign in using one of the following options:

Jean was born October 15, 1946 in Independence, MO, to Arthur and Lillie (Farmer) Leamon. She graduated from Raytown High School in 1964 and went on to attend Central Missouri State University.

Jean spent time as a homemaker but also worked for several years as a Volunteer Coordinator at the Groves in Independence. She was a long-time member of South Crysler Community of Christ where she, along with other gifted women, produced over 9,000 pillows to give to those in need at the local hospital. She enjoyed being a part of the Independence Red Hat Society and the 4 F’s Club, as well as, having family get togethers, especially at Christmas.

Jean was also a talented landscape painter and loved to read and cook. She will be greatly missed by those who know and love her.

Jean is preceded in death by her parents and her brothers, Ray Leamon, Jack Leamon, Charles Leamon, and David Leamon. She is survived by her daughter Leigh (Brent) Taylor of KCMO; grandchildren, Hayden and Leighton; her sister, Mary Pimblott of KCMO and her brother, Roy Leamon of Independence.
Read Less

Receive notifications about information and event scheduling for Jean

Consider providing a gift of comfort for the family of Jean Lauderdale by sending flowers.

We encourage you to share your most beloved memories of Jean here, so that the family and other loved ones can always see it. You can upload cherished photographs, or share your favorite stories, and can even comment on those shared by others. 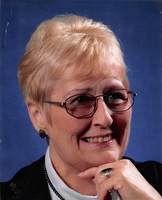 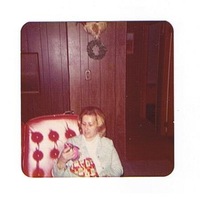