To share your memory on the wall of James Hefley, sign in using one of the following options:

Jim was born on March 25, 1956 in Kansas City, MO, to James Marvin Hefley, Sr. and Virginia Carol Lackey Hefley. He graduated from Van Horn High School and enlisted in the United States Navy. He served on the USS Lexington and was honorably discharged in 1975.

Jim had several job roles in his life, including bus driver for Metro, security guard for the Truman Home, dogcatcher, and emergency medical technician. Jim was a man with a deep love of God. He was an ordained minister and loved to preach and play music in in celebration of his Pentecostal faith. He enjoyed the serenity of being near the lake, fishing for catfish or turtles. Gunsmoke and Frances & Friends were his favorite TV shows. Jim will also be affectionately remembered for his love of fried egg sandwiches and tacos with an extra side of onions.

He was preceded in death by his wife Tina; his parents; and his sister Diana Wallenburg.

A private memorial service will be held at a later date.

Online condolences may be expressed to the family at www.speakschapel.com (Arrangements: Carson-Speaks Chapel (816) 252-7900)
Read Less

Receive notifications about information and event scheduling for James

Consider providing a gift of comfort for the family of James Hefley by sending flowers. 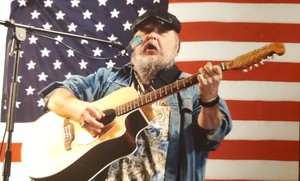