To share your memory on the wall of James Collins, sign in using one of the following options:

Provide comfort for the family of James Collins with a meaningful gesture of sympathy.

Jim was born Oct. 16, 1933 in Warrensburg, MO to James Earl, Sr. and Zelma (Burch) Collins. Jim proudly served in the Navy during the Korean War from 1952-1956. Jim worked as a construction inspector for MODOT and retired in 1991. Jim was married to Mary V. “Ginger” Collins for 57 years. They enjoyed antiquing and had many antique booths throughout their retirement. Jim and Ginger enjoyed square-dancing and music. Jim was a devoted Royals, MU and Chiefs fan. More than anything Jim enjoyed spending time with his family.

Jim was preceded in death by his wife Ginger Collins. Survived by his daughter, Jennifer Lockwood; grandchildren, Brian Lockwood and wife Erin, Andrew Lockwood and wife Megan, and Jenna Minnis and husband Cody; great-grandchildren, Kaylee, Caleb, Myla, Mason and Eleanor; and many friends and family at the Villages of Jackson Creek in Independence, MO.

Online condolences may be expressed to the family at www.speakschapel.com (Arrangements: Speaks Suburban Chapel (816) 373-3600)
Read Less

Receive notifications about information and event scheduling for James

Consider providing a gift of comfort for the family of James Collins by sending flowers. 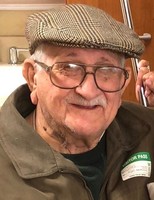