To share your memory on the wall of Jack Nelson, sign in using one of the following options:

Provide comfort for the family of Jack Nelson with a meaningful gesture of sympathy.

Receive notifications about information and event scheduling for Jack

Consider providing a gift of comfort for the family of Jack Nelson by sending flowers.

We encourage you to share your most beloved memories of Jack here, so that the family and other loved ones can always see it. You can upload cherished photographs, or share your favorite stories, and can even comment on those shared by others.

Posted Aug 13, 2019 at 07:29pm
We have fond memories of Jack. He and Jackie took care of our dog, Frisco, when we were gone on vacation several times. Jack loved Frisco and enjoyed having him in his home. Jack was a very caring and lovable man. We would walk by his home and he would always be out enjoying the neighborhood ready to engage in a conversation! They were wonderful neighbors and he will be sadly missed! However, our wonderful memories of Jack with Jackie will live on forever! 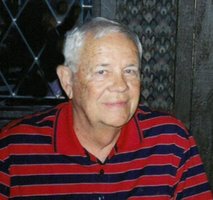