To share your memory on the wall of Gary Carney, sign in using one of the following options:

Receive notifications about information and event scheduling for Gary

Consider providing a gift of comfort for the family of Gary Carney by sending flowers.

We encourage you to share your most beloved memories of Gary here, so that the family and other loved ones can always see it. You can upload cherished photographs, or share your favorite stories, and can even comment on those shared by others.

Posted Jul 25, 2020 at 12:46pm
Gary,I shall miss you ! But thank God we will still have Bert and all the wonderful memories of our kids growing up together and working in the neighborhood ,Mt. Washington Grade school. Always visiting on the street corners while waiting for Bert to get off work. Fun times,sweet memories will always be with us. I am so sorry for your loss Bert,Jonna and Alan. God bless you all.🙏 Sincerely Martha and family.
Comment Share
Share via: 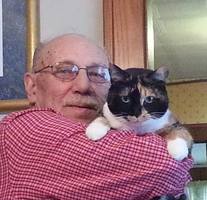