To share your memory on the wall of Floyd Hershey, sign in using one of the following options:

Provide comfort for the family of Floyd Hershey with a meaningful gesture of sympathy.

Myron was born on August 11, 1921 in Independence, MO where he lived most of his life. He graduated from William Chrisman High School in 1939, earned an Associate in Arts degree from Graceland College in 1941, and was a U.S. Navy Aviation Cadet during World War II. Myron had many jobs and businesses. He built bombers during World War II, operated a Standard Oil Service Station, owned and operated Hershey Advertising, Inc. and later Hershey Real Estate Corporation. He was last employed by RE/MAX Heartland Real Estate, retiring in 1999.

In his earlier years Myron was an active participant and leader in the Community of Christ. He served as a High Priest and lay pastor of the Sugar Creek, Raytown, Blue Ridge and Ridgewood congregations. He was also a youth leader and a member of the Center Stake High Council. Upon his retirement from active ministry in 2006, Myron was accorded the honor of superannuation in the priesthood office of High Priest.

Donations are being accepted for: Outreach International.

Consider providing a gift of comfort for the family of Floyd Hershey by sending flowers.

We encourage you to share your most beloved memories of Floyd here, so that the family and other loved ones can always see it. You can upload cherished photographs, or share your favorite stories, and can even comment on those shared by others. 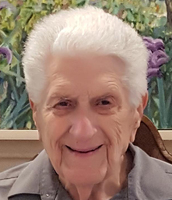