To share your memory on the wall of Ellis Moore, sign in using one of the following options:

Receive notifications about information and event scheduling for Ellis

Consider providing a gift of comfort for the family of Ellis Moore by sending flowers.

We encourage you to share your most beloved memories of Ellis here, so that the family and other loved ones can always see it. You can upload cherished photographs, or share your favorite stories, and can even comment on those shared by others.

Posted Apr 14, 2020 at 05:10pm
I just wanted to leave you a note and let you know we continue to keep you all in our thoughts and prayers.
Comment Share
Share via:

Posted Aug 19, 2019 at 03:23pm
Condolences to the Ellis Moore family. We went to school together, church together and worked together at Southwestern Bell for many years.

Posted Aug 17, 2019 at 12:25pm
Teresa, although we never met your dad, we can tell how wonderful he must have been just by knowing you. We reflect the best parts of our parents thanks to the loving way they raised us. Take comfort in your memories and know you are in our thoughts and prayers.

Posted Aug 16, 2019 at 10:24pm
My deepest sympathy to Ellis' wife, Virginia, as well as his entire family. I am very fortunate to have connected through our past church memberships with this loving, caring family with whom I now sadly, but grateful, share our life experiences with Ellis. Proverbs: "A time to mourn" is now with us. May God surround each of you with comfort now and the reassurance of reuniting with Ellis for an eternity in heaven. Yellow rose.
Comment Share
Share via: 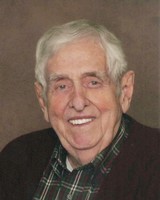