To share your memory on the wall of Dorothy Davis, sign in using one of the following options:

Receive notifications about information and event scheduling for Dorothy

Consider providing a gift of comfort for the family of Dorothy Davis by sending flowers.

We encourage you to share your most beloved memories of Dorothy here, so that the family and other loved ones can always see it. You can upload cherished photographs, or share your favorite stories, and can even comment on those shared by others.

Posted Feb 18, 2020 at 10:01pm
Aunt Dorothy, I will miss you. I remember when I got to stay with you. It was really fun. Last year it was so neat that you had your 100th birthday--in fact not long after that Mom told her doctor that she was gonna make 102 since her big sister had made 100! I am glad you had at least one more year! Philip, my heart goes out to you. It is so hard to give up the ones we love. I am glad you & Aunt Dorothy had your years together in Texas. XO 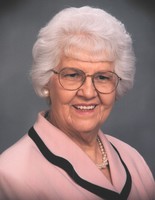