To share your memory on the wall of Debra Jackson, sign in using one of the following options:


Debbie loved working as a para at Buckner Elementary which she did for a few years she then returned to banking where she was a bookkeeper for Central Bank of Missouri for more than 20 years.
Debbie is survived by her husband, Steven Jackson of Sibley, MO. Her daughter Sara and her husband Jarvis and children Mattie and Blake of Buckner, MO. Her daughter Emily and her husband Jacob and children Jackson, Trenton and Bennett of Sibley, MO. She loved them grandly and adored being a mimi.
She is also survived by her sister Kendra and husband Dennis VanTuyl of Independence, MO and her sister Shannon and husband Herbert of Pilot Grove, MO.
While her family and friends will miss her beyond words we know we will see this amazing, beautiful soul in heaven again one day. She truly was a light for so many.
Read Less

Receive notifications about information and event scheduling for Debra

Consider providing a gift of comfort for the family of Debra Jackson by sending flowers.

We encourage you to share your most beloved memories of Debra here, so that the family and other loved ones can always see it. You can upload cherished photographs, or share your favorite stories, and can even comment on those shared by others. 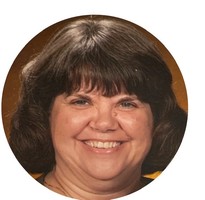