To share your memory on the wall of David Feiser, sign in using one of the following options:

Provide comfort for the family of David Feiser with a meaningful gesture of sympathy.

Consider providing a gift of comfort for the family of David Feiser by sending flowers.

We encourage you to share your most beloved memories of David here, so that the family and other loved ones can always see it. You can upload cherished photographs, or share your favorite stories, and can even comment on those shared by others.

Posted Sep 30, 2019 at 11:31pm
David was a kind, positive, and humble man. He always saw the good in people, gave his all in everything he did, and never sought credit for his work/accomplishments. He exemplified the meaning of the greatest generation. He adored his Eleanor and loved his family. It was a honor to know him and have him call us his friends. We and the world lost an incredible human being but know that he was ready and is at peace. Our thoughts and prayers go out to his family as his passing has left a hole in all of our hearts. He will definitely be missed by all.
Comment Share
Share via:
J 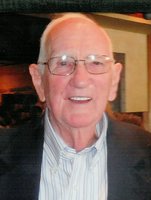