To share your memory on the wall of Christian Harris, sign in using one of the following options:

A visitation will be held on Monday, December 14, 2020 from 1-3pm at Ft. Osage Church of the Nazarene in Independence, MO with a funeral service to follow. The service will also be livestreamed on Speaks Chapels Facebook page and a video recording will be available on his page at www.speakschapel.com.

In his honor, the family suggests contributions to The Ozark Trail Association.

From the very beginning, Christian was a “go-er” and a “do-er.” Whether it was building his own computer as a youth to participating in a school TSA project which created an innovative shoe-dryer, he accepted challenges enthusiastically, and loved to see the final products. He was a triathlete and an outdoor adventurer. He created his own tight-knit community with his cross-country friends and went on camping trips including trying to conquer the Ozark Trail.

Christian was a graduate of Liberty High School and studied at Missouri S&T with aspirations of becoming an engineer. He worked for 2 ½ years for FedEx, and six months ago transferred over to Knowlton Trucking where he was able to drive across the nation. He had also proudly served six years in the Missouri Army National Guard at the time of his passing.

Along with his parents, Christian was a member of Fort Osage Church of the Nazarene. He firmly believed in being a good person, learning from mistakes, and to simply show kindness to others. His tragic passing leaves a void in the lives of his family, friends, and countless others he happened to meet while here on earth. However, his cherished memory is written in indelible ink in the hearts of many, and his legacy lives on for eternity.

Receive notifications about information and event scheduling for Christian

Donations are being accepted for: Ozark Trail Association.

Consider providing a gift of comfort for the family of Christian Harris by sending flowers.

We encourage you to share your most beloved memories of Christian here, so that the family and other loved ones can always see it. You can upload cherished photographs, or share your favorite stories, and can even comment on those shared by others.

Posted Dec 14, 2020 at 12:15pm
Everyone in the Liberty Schools Technology department was very sad to hear about the passing of Christian. We appreciated his work as a student tech and all that he did for us. We know that he is loved by many and will be greatly missed.
Comment Share
Share via:

Posted Dec 12, 2020 at 01:59am
It had been a while since we had seen or talked to each other although I still look back on our time together fondly. In junior high school Christian and I would wait for the bus to cross country together. You see, I wasn't in cross country. I hated running unlike him, but I looked forward to waiting with Christian because I enjoyed his company. Christian and his friends would tell me stories about what was happening in cross country or about girls we were gonna try and talk to. I would always crack wise about his shoes he would wear. The kind of shoes that would slot between each individual toe as though to mimic bare feet. I would often try to present a cool guy attitude, not because I was anything of the sort, I just really enjoyed making Christian and his friends laugh. He had the quality to make every joke that much better with his laugh. I wished I had taken some picture of us together.

While waiting for his bus he'd tell me about how much he and his friends were slack off with running. When the runners would be let out into the community to have a cooldown day in-between conditioning Christian and his friends would take the opportunity to play tag and hide and seek at a nearby playground. I joined them on the bus one day without telling my mother. We drove to the complete other side of town. As far from my house you could go without leaving town. It was 40°F in November and all I had brought was my thin Hoodie. We ran around the neighborhood surely harnessing the people that lived nearby with our screaming and hollering. During our time I never once noticed how cold it really was. My mother, upon coming to pick me up, was displeased that I had inconvenienced her for the day, but was happy I was getting out of the house and among good friends.

I hated the time Christian's bus arrived. It meant that I would now have to start the long walk home to my house from school, but more importantly that I would have to wait until tomorrow to hang out and tell each other jokes again.

Posted Dec 12, 2020 at 12:16am
When I think of you, I want to remember you this way...patiently teaching me features on my phone, explaining to me just how technical things worked even though I would tell you “Christian i never really thought of how or why things work, I just want them to work!” He would smile and patiently explain to me AGAIN my feature on my phone. I watched him grow from a fine young boy into a fine young man. I remember how excited he was when he told me he was going into the National Guard. I told him I would pray for him while he was away at boot camp...I knew he would have no problems surviving boot camp with his determination. He would always make a point to come say hi & catch up when he came back to church after graduation. He accomplished so much during his shortened life. Dan & Betsy my heart aches for you both as well as Caitlin, Cooper, Camryn, and all his family who loved him so much.
May You feel God’s presence, peace & comfort much love to you all...til we meet again Christian
Comment Share
Share via:

Posted Dec 11, 2020 at 02:35pm
My favorite memory of Christian can be summed up in one word: "Alejandro!" That was the name he gave to the fictitious (though undoubtedly present) raccoon or raccoons lurking in the darkness around the campouts the Wilsons and the Harrises did together up at Watkins Mill. Alejandro also attended each year. We all had the pleasure of tent camping, except Christian. He swung in a hammock hung between the trees all night--and assured me the next day it was comfortable! My kids had a blast playing in it the next day, and he was happy to let them. He was really good with kids. I so enjoyed hearing about his past and future adventures with hiking. Yeah, he enjoyed life. He's in a lot of hearts. So glad that this isn't "goodbye" for believers. Love you, Christian! Love your family too! 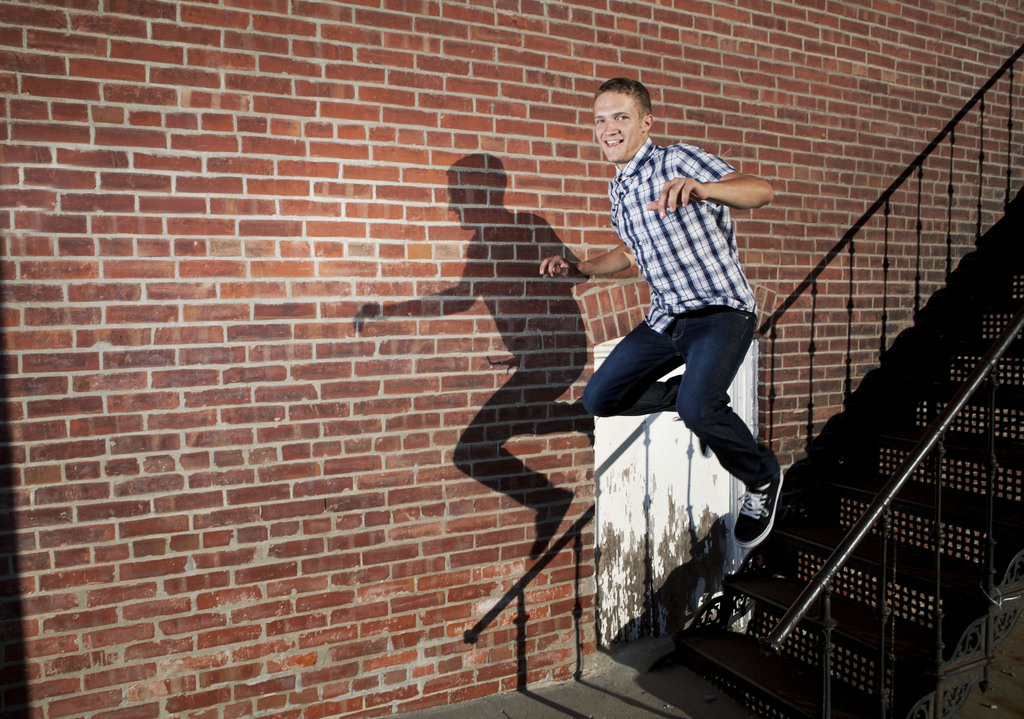 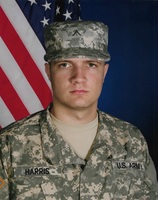 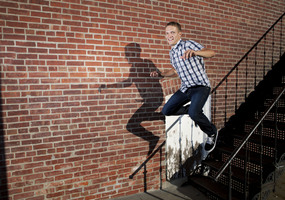