To share your memory on the wall of Carl Johnson, sign in using one of the following options:

Provide comfort for the family of Carl Johnson with a meaningful gesture of sympathy.

Carl was born January 17, 1937, to Ole and Rose Johnson in Kansas City, MO. He graduated from Central High School and went on to serve in the United States Navy from 1955 until 1961. He worked for several companies in the Kansas City area, including Lipton Tea, Excutone Communications, Milgrams, Bethany Baptist Church, Woolworths, and finally for William Jewel College.

He is preceded in death by his parents and his son, Michael D. Johnson. He is survived by his beloved wife, Loretta “Jean”; his son Dennis K. (Laura) Johnson and Jeffery L. (Maria) Johnson; his daughter Christine M. (Gary) Evilsizer; 13 grandchildren; 18 great-grandchildren; as well as, two sisters, Margie Floyd and Candy (Jim) Corder.

In lieu of flowers, donations can be made to Parkinson Research Foundation, 5969 Cattleridge Blvd. Ste. #100; Sarasota, FL 34232. Online condolences may be expressed at www.speakschapel.com (Arrangements: Speaks Suburban Chapel 816-373-3600)
Read Less

Consider providing a gift of comfort for the family of Carl Johnson by sending flowers.

We encourage you to share your most beloved memories of Carl here, so that the family and other loved ones can always see it. You can upload cherished photographs, or share your favorite stories, and can even comment on those shared by others. 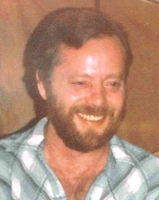