To share your memory on the wall of Betty Kreissler-Davis, sign in using one of the following options:

In 1954 Betty & Bob started their family with a daughter Sharon. In 1956 they had a son Martin. In 1964 they completed their family with another son Kurt. Betty was a homemaker, friend and mother to all in the Farview Heights neighborhood! When all her children were finally in school she worked at Sandwich U on the Independence Square. She also helped take care of her Mother- in- Law in their home. She worked for Kay’s Fashions at Independence Center. Her final paying job was working at Osco (CVS) on 24 Highway as a cashier, bookkeeper and in charge of the Hallmark Card section of the store. When her mother needed extra care she quit working to help. During that time she wanted not only to help family, she wanted to help others. After her mother’s passing, Betty worked as a volunteer at Independence Regional Hospital. When Bob, was diagnosed in 1995 with a rare Cancer she took care of him until his death in July of 1996. Still wanting to help others she delivered food to those in need by delivering “Meals on Wheels”. Helping family and others was a valuable lesson she & Bob taught their children. In the fall of 1999 she met Harvey C. Davis at Englewood Café. They were married in Sept of 2000. She became Betty Davis!!

Online condolences may be expressed to the family at www.speakschapel.com (Arrangements: Carson-Speaks Chapel (816) 252-7900)
Read Less

Receive notifications about information and event scheduling for Betty

Consider providing a gift of comfort for the family of Betty Kreissler-Davis by sending flowers.

We encourage you to share your most beloved memories of Betty here, so that the family and other loved ones can always see it. You can upload cherished photographs, or share your favorite stories, and can even comment on those shared by others.

Posted Jan 29, 2021 at 09:34pm
Sharon, Martin, Kurt, and family - I can't even begin to express how my heart aches for you. Betty was so sweet and lovely. She will be missed. You will be in my thoughts and prayers. Love and Hugs
Comment Share
Share via:
KZ

Posted Jan 29, 2021 at 09:44am
My condolences to Sharon, Martin, Kurt and your families. The Kreisslers were neighbors on Farview so I've known them my entire life (I like to joke that Kurt & I learned how to walk together). Betty was loved and will be missed by many who were blessed to have known her. I remember after I bought my first house in western Independence, I was looking outside one day and was surprised to see Betty walking down my street! I went out to talk to her and discovered she and Harvey lived on the street behind me so I would see her quite often out for a walk. As many of us "Farview kids" can attest, Betty was one of many "moms" we all had looking out for us. A few years ago, I was fortunate enough to have Betty come to my mom's apartment and watch a baseball game with them. They both loved the Royals! I know we will all miss her, but I know she's reunited with Bob and her family along with many other friends and neighbors. 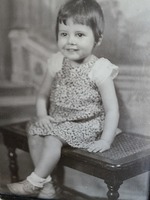 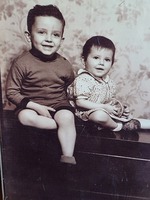 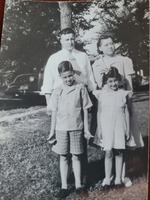