To share your memory on the wall of Alice Crain, sign in using one of the following options:

Provide comfort for the family of Alice Crain with a meaningful gesture of sympathy.

Consider providing a gift of comfort for the family of Alice Crain by sending flowers.

We encourage you to share your most beloved memories of Alice here, so that the family and other loved ones can always see it. You can upload cherished photographs, or share your favorite stories, and can even comment on those shared by others.

Posted Sep 30, 2019 at 08:46pm
I have known Alice for over 50 years. She is the mother of my friend Debbie that I have known since I was 5 years old. Throughout the years we have shared many fond memories from elementary school events to graduation events of her grandchildren. It saddens me that Alice has left this earth and we will no longer see her beautiful smile, however my heart smiles when I think of her in heaven with our lord savior with no more suffering. Love you Alice and your wonderful family. You will be missed by many.
Comment Share
Share via: 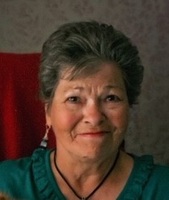